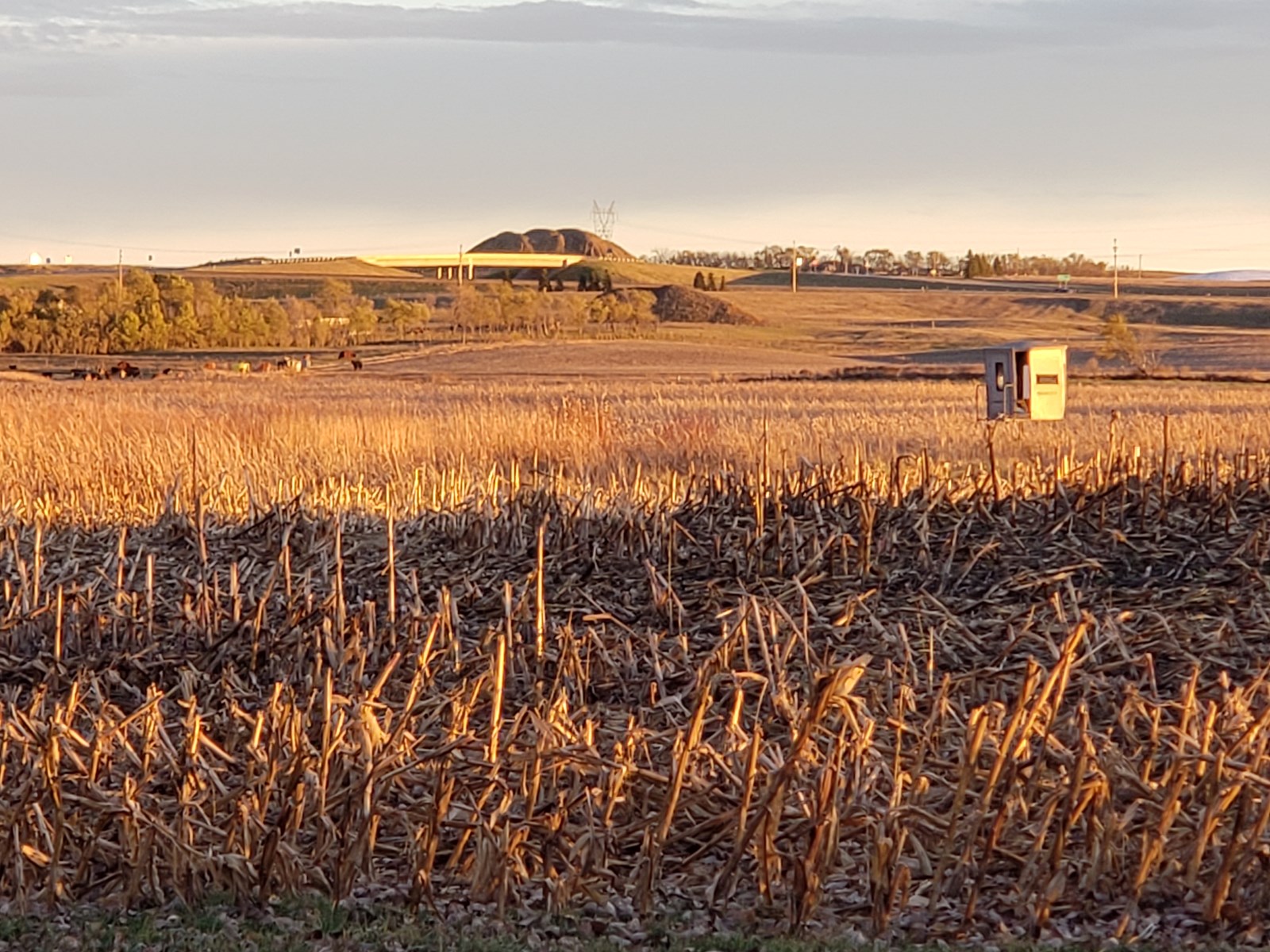 If a bustling, urban mecca is your idea of the perfect place to live, North Dakota is probably not your best option. To be clear, there are a handful of cities with sizeable, urban areas such as Fargo, Bismarck and Grand Forks. But even a city like state capital Bismarck is surrounded by an extensive amount of fertile farmland, rural wooded acreage, wide-open prairies and the like.

In short – despite steady urban growth in recent years – North Dakota largely remains a rural state. That’s great news if you’re looking to buy a farm or ranch, land for hunting, or a home with acreage in the country. Plus, the varied terrain throughout the state allows for ample outdoor recreation and ways to relax in nature.

Let’s take a closer look at the attractions in Bismarck, South Central North Dakota and elsewhere in the state to discover why so many people make the Peace Garden State their home.

An interesting mix of features defines North Dakota’s diverse geography. On the eastern border, you have the Red River Valley region with its namesake river, expanding to around 40 miles wide in the northernmost parts. It’s the closest to sea level and has some of the best soil for crops in the world. Immediately to the west is the Drift Prairie, higher in elevation, dotted with wetlands and covered in soil, rocks and other glacial deposits.

Farther west extending to the Montana border is the Missouri Plateau, where the land becomes hilly, wooded in parts and marked by the Missouri River and a few of its tributaries. Sandy soil here limits crop diversity but grazing land for livestock is prime.

This plateau region transitions to the similar lands of the Missouri Slope before hitting the southwestern badlands. Created by erosion from wind and water, the badlands are a very rugged combination of rock outcrops, draws, steep slopes and prairies. A million acres of this terrain connects to neighboring South Dakota. Bison and wild horses roam free and the scenery is breathtaking.

Outdoor Recreation in North Dakota’s Missouri Plateau and Beyond

While they all differ a bit, every region of North Dakota includes the kind of landscape and natural beauty that attracts people who love outdoor recreation. The many state parks and wildlife refuges definitely support that sentiment. In Burleigh County and Bismarck, the place Country Real Estate | Dakota Auctions & Realty calls home, we’re within the Missouri Plateau. This land of rolling prairies, wooded hills, ridges, rivers and lakes offers outdoor activities from hiking to horseback riding, canoeing to camping, golfing, skiing and more.

Fishing is quite popular in the region, as well. Fifty miles from Bismarck sits the massive Lake Sakakawea (and the same-named state park) in the Missouri River Basin. Closer to the city is Lake Oahe, which has 50 public recreation areas. Try your luck at these lakes for walleye, northern pike, bass and chinook salmon. Missouri River tributaries in the region including the Heart, Cannonball and Knife Rivers also provide decent fishing.

Numerous wetlands in the state make for world-class duck hunting, though equally abundant are upland game birds, while big game such as elk, pronghorn and bighorn sheep are also prevalent in season. On a completely unrelated note, if your idea of outdoor fun is hitting the links, there are several nationally acclaimed golf courses in North Dakota.

So Many Ways to Work, Live and Play in North Dakota

When it comes to great places to work, live and play, North Dakota offers the best of both worlds — rural and urban alike. True, the majority of the state is rural, ideal for a country lifestyle, room to roam and lots of recreation. But Grand Forks, Fargo and Minot have their own busy city centers, as well as charming and historic downtown areas for shopping, dining and cultural exploration.

Want to learn more about the history of North Dakota or its original Native American inhabitants? Check out Fort Abraham Lincoln State Park in Mandan, Double Ditch Indian Village, and Fort Union Trading Post near Williston. Or, tour the Missouri River on the Lewis and Clark Riverboat. There’s also the North Dakota Heritage Center & State Museum, which is the state’s official (and largest) history museum.

Two other popular attractions include the Dakota Zoo here in Bismarck, and the International Peace Garden a few hours north. The latter destination along the U.S.-Canada border was established in 1932 as a symbol of the peaceful relationship between the two countries.